Whew, it’s been a while since the last digest. Let’s see what I’ve been up to in the past few months. Click below for the pictures.

This simple view option from MCEdit 1 is finally back, but it’s a little bare.

You can now tell MCEdit about your MultiMC installation. It finds all of the MultiMC instances you’ve made and adds the saves folders to a menu in the world list. It can also find all of the mods installed in an instance, which is useful for the next feature. 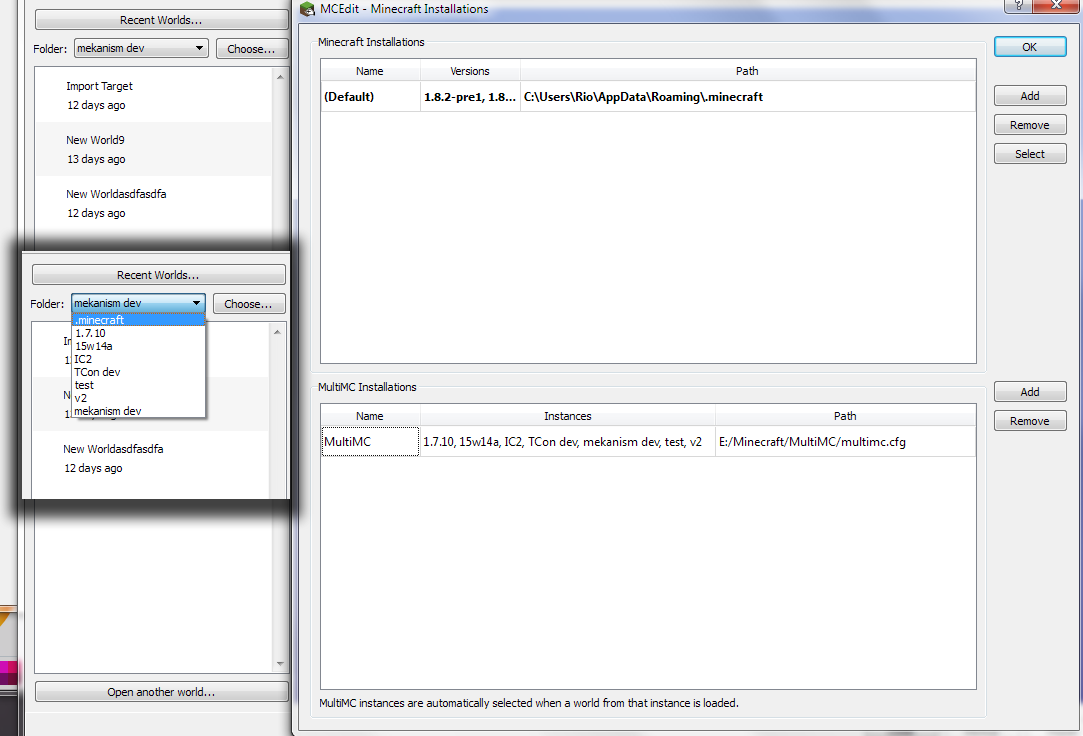 A very basic form of mod support. You can tell MCEdit about any blocks added to any world by MinecraftForge mods. The name, lighting values, and model and textures are all configurable. In the future, you will be able to export your configurations and share them with other MCEdit users. This is a work in progress. 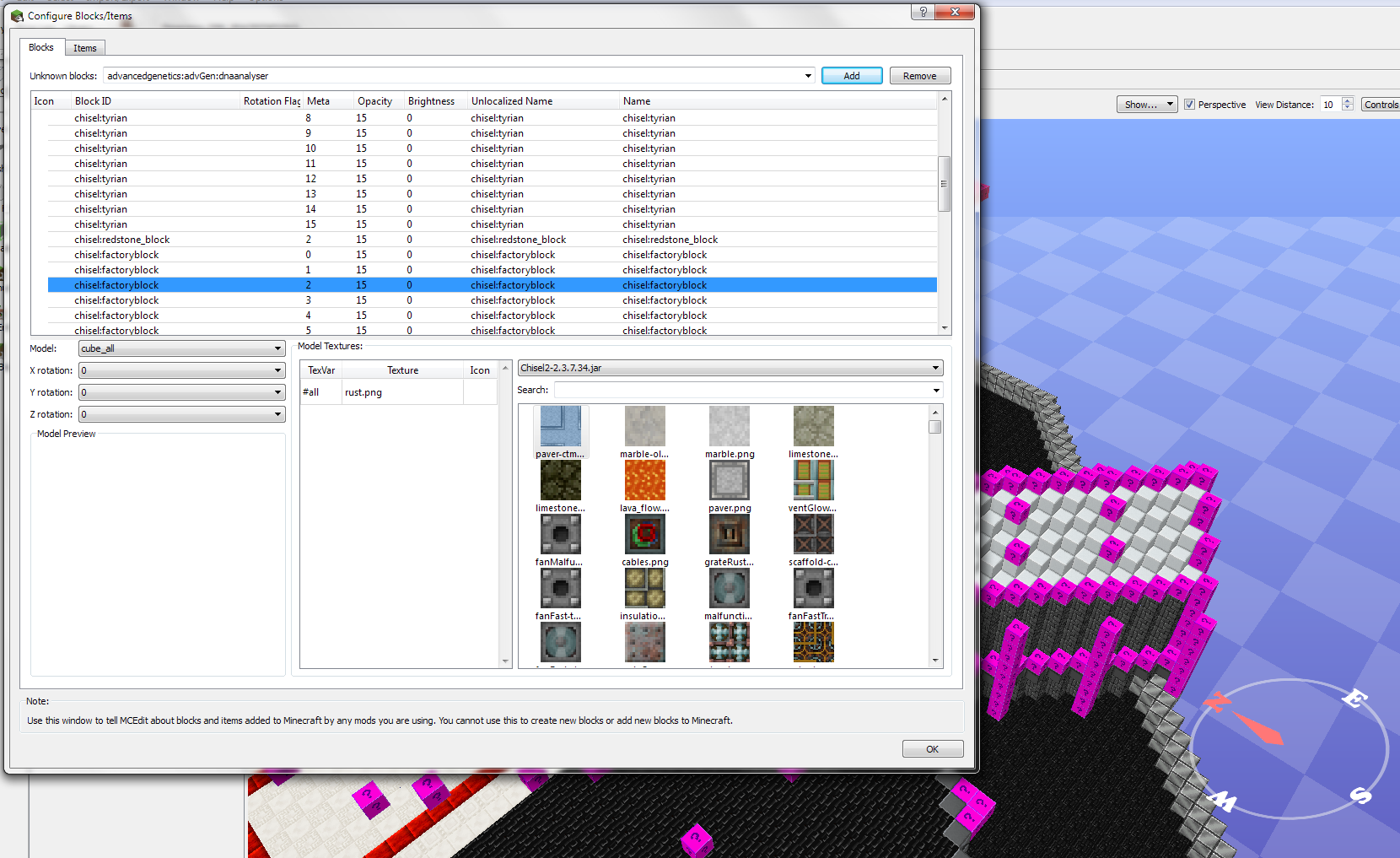 Even if you don’t touch the block configuration options, MCEdit also has basic support for importing and exporting with MinecraftForge mods. MCEdit is now able to translate the block IDs between two different worlds with different combinations of mods. This building was exported from one world and imported into a world using a different modpack that has several mods in common with the first - Chisel2, AppliedEnergistics2, and Mekanism in particular.

(Well, mostly. I’m still working on getting the items in chests and AE2 drives to carry over. At least the Forge Multipart facades carried over without any special treatment.)

Inventory editing! MCEdit now includes a powerful inventory editor, styled after the old INVEdit tool. The inventories of players, chests, dispensers, and hoppers can all be edited. 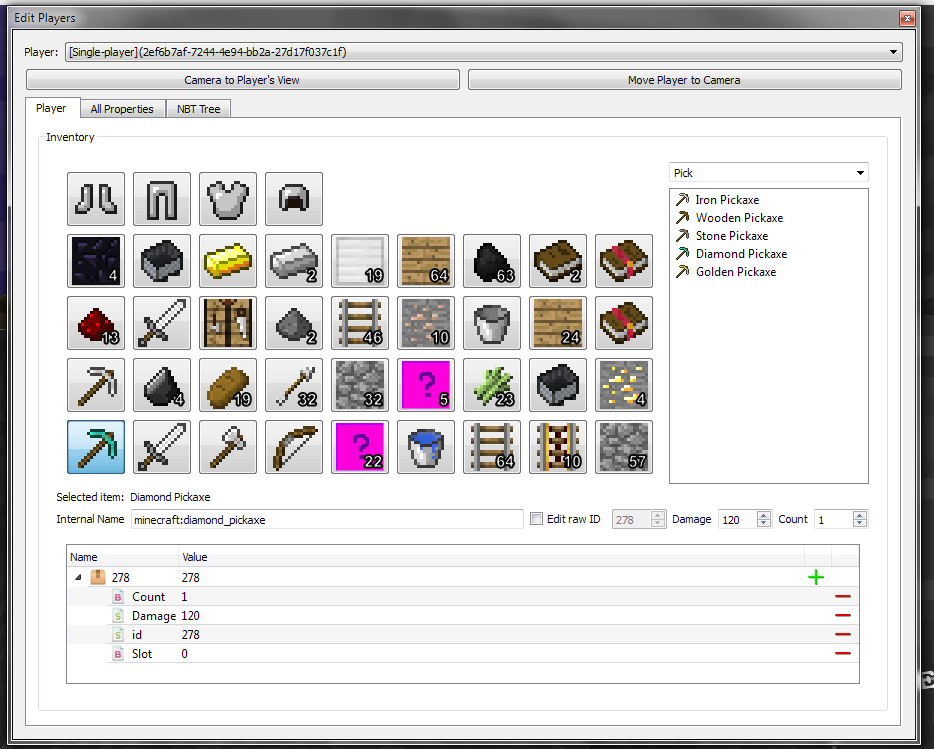 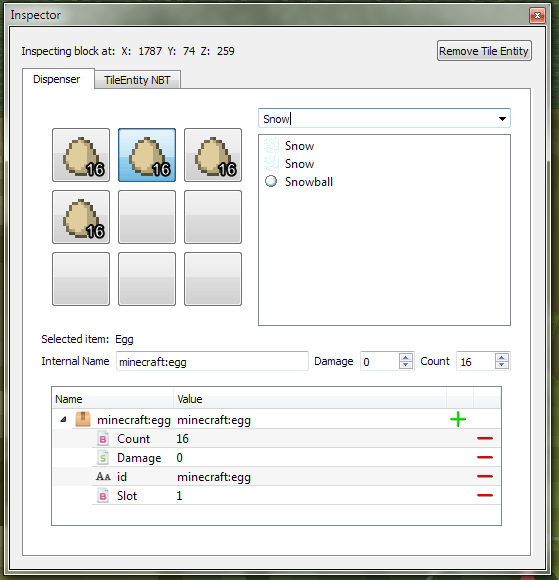 As an experiment, I made an inventory editor for the StorageDrawers mod. StorageDrawers does some nonstandard things with the way it stores items, so this is helping me get started on what will be the mod-support plugin API. 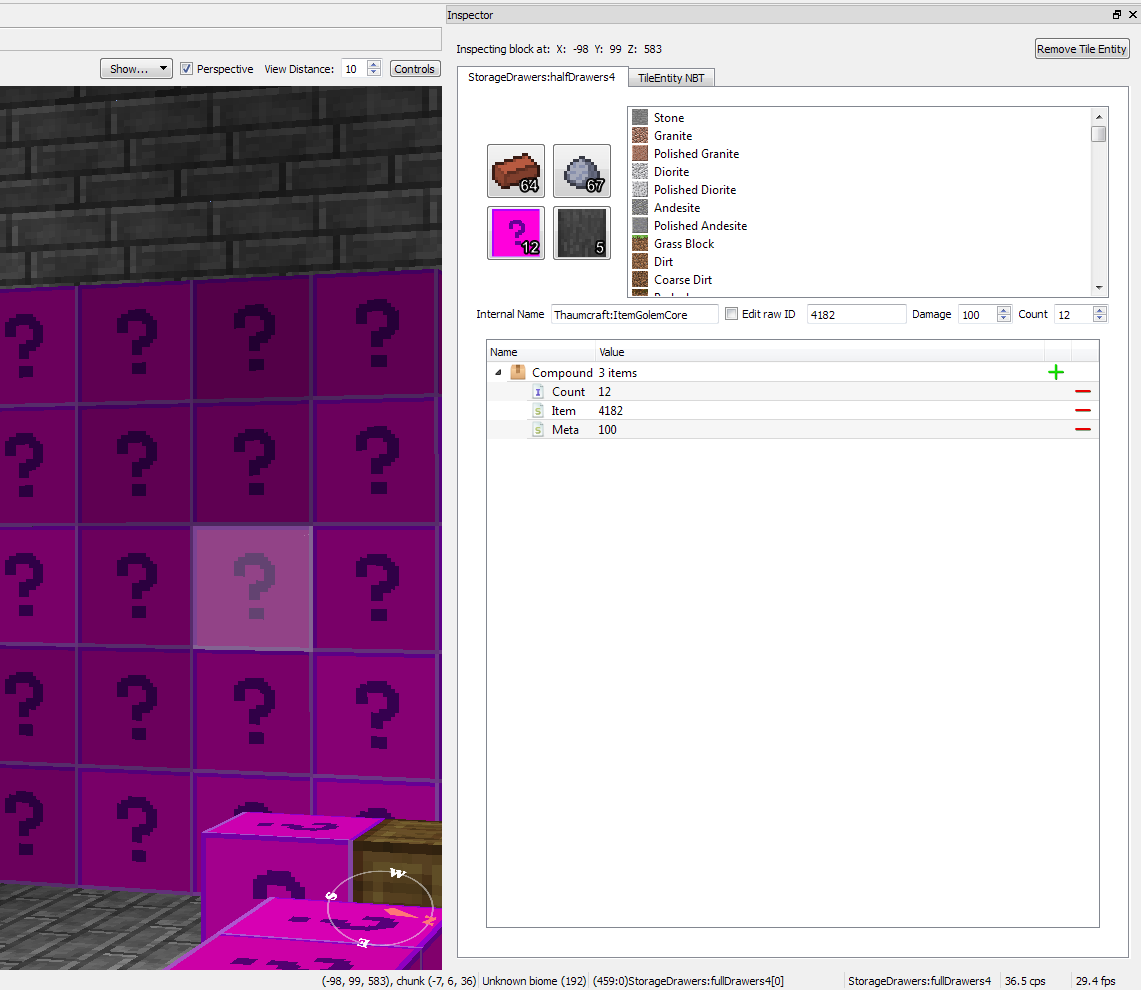 Grass and leaves are now shown with the correct colors for the biome they are in. Another brush mode is added for changing biomes. 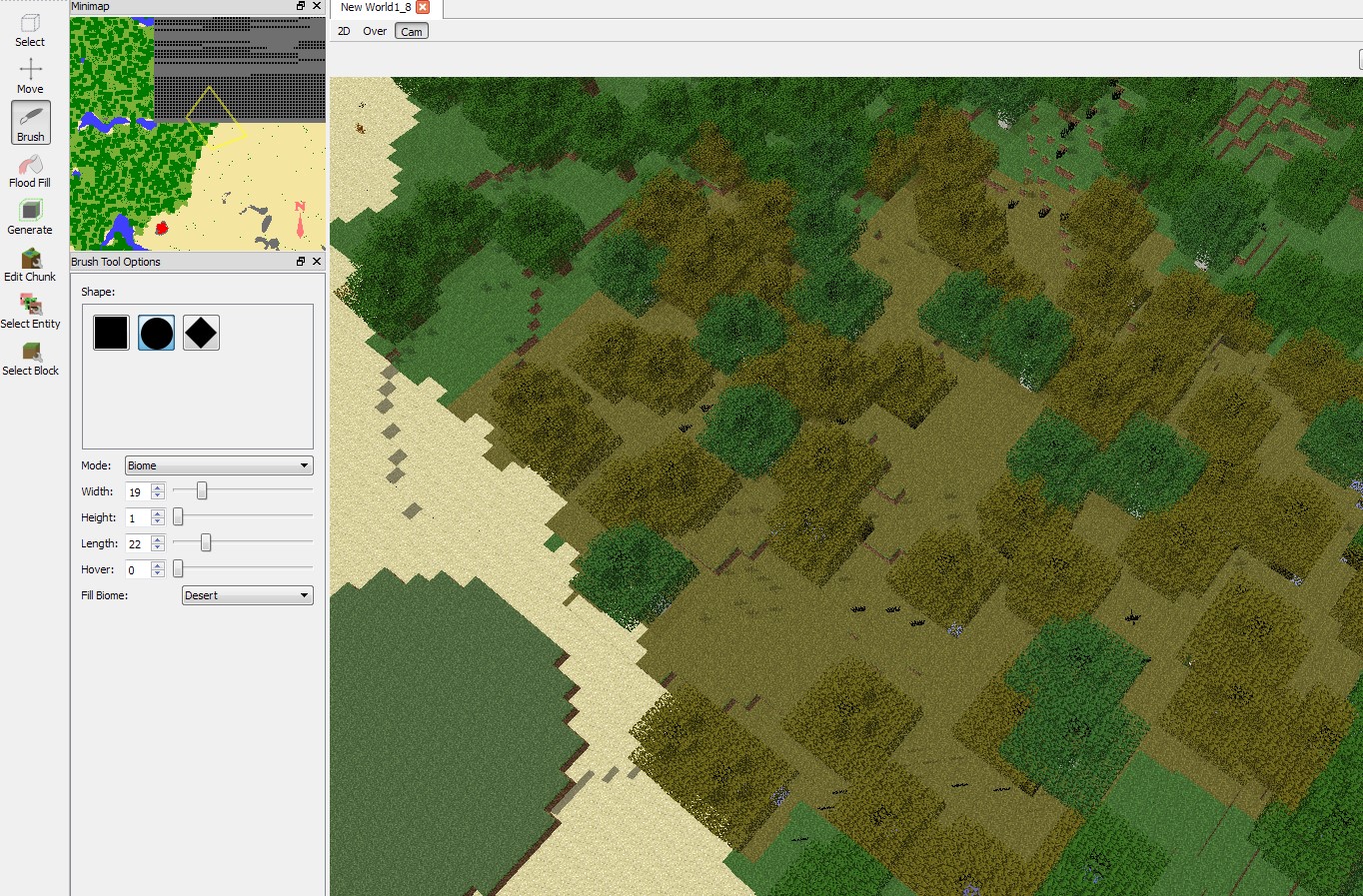 An NBT-level find and replace is now here. You can search for tag names or values, restrict your search to only entities or tile entities, replace the value of tags found by name, or just use it to search for tags and find where they are in the world - clicking an item in the result list takes you to that block or entity.

(The other tabs for items and command blocks are not yet implemented.) 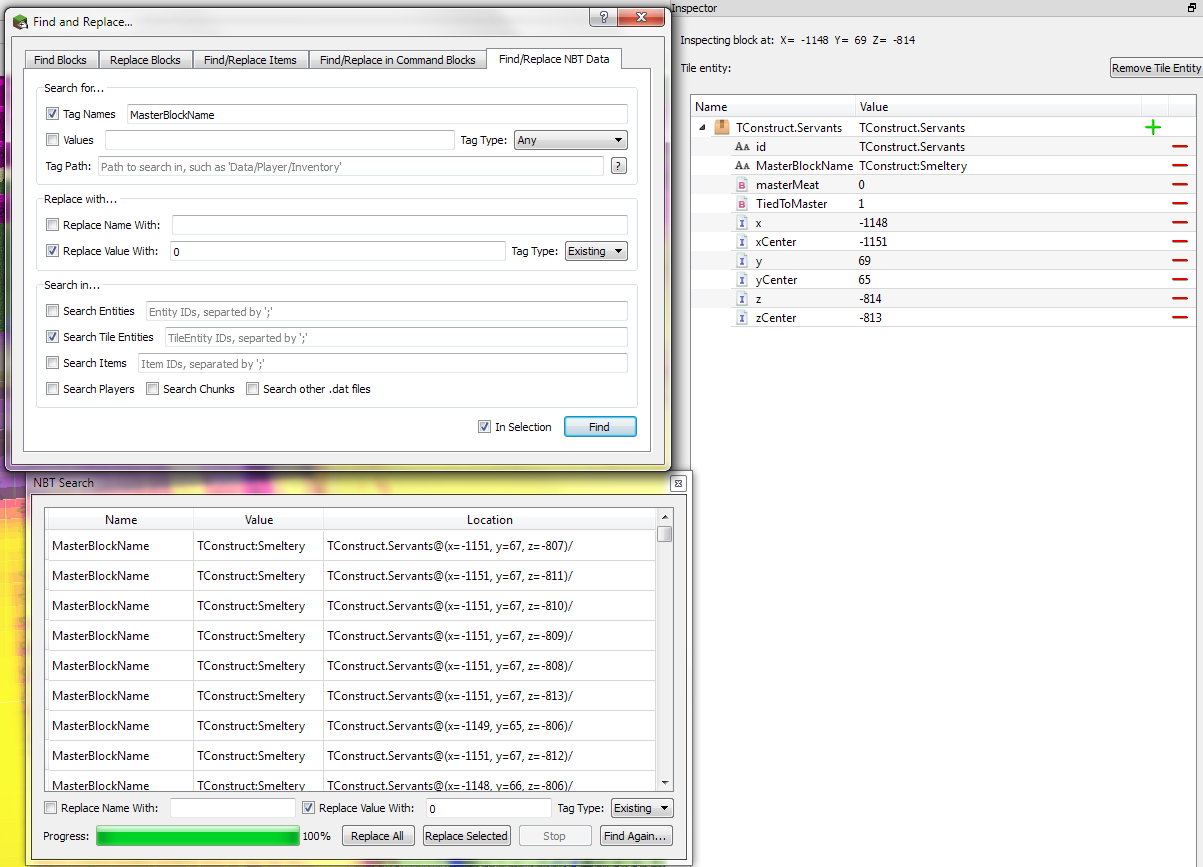 Another vital MCEdit 1 feature makes a comeback. You can now switch between the Nether, the End, and any other dimensions added by mods as well. 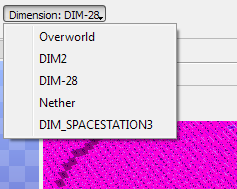